Today, there is a culture of safety in the oilfield. That wasn’t always the case. Even as recently as five or ten years ago, things were different. But slowly, steadily, the oil patch has given greater emphasis to protecting workers. And that has given rise to this new culture, characterized by a very pro-active stance in training workers and enforcing procedures. It’s working. Employees in the oilfield are safer than they’ve perhaps ever been.

Integrity Wireline has an excellent rating for safety. That’s the result of a very deliberate effort.

First, though, we share some perspective on what’s driving the industry on the whole. When safety came to be associated with profits, that’s when the oil and gas field, as an industry, began to make some pervasive changes. 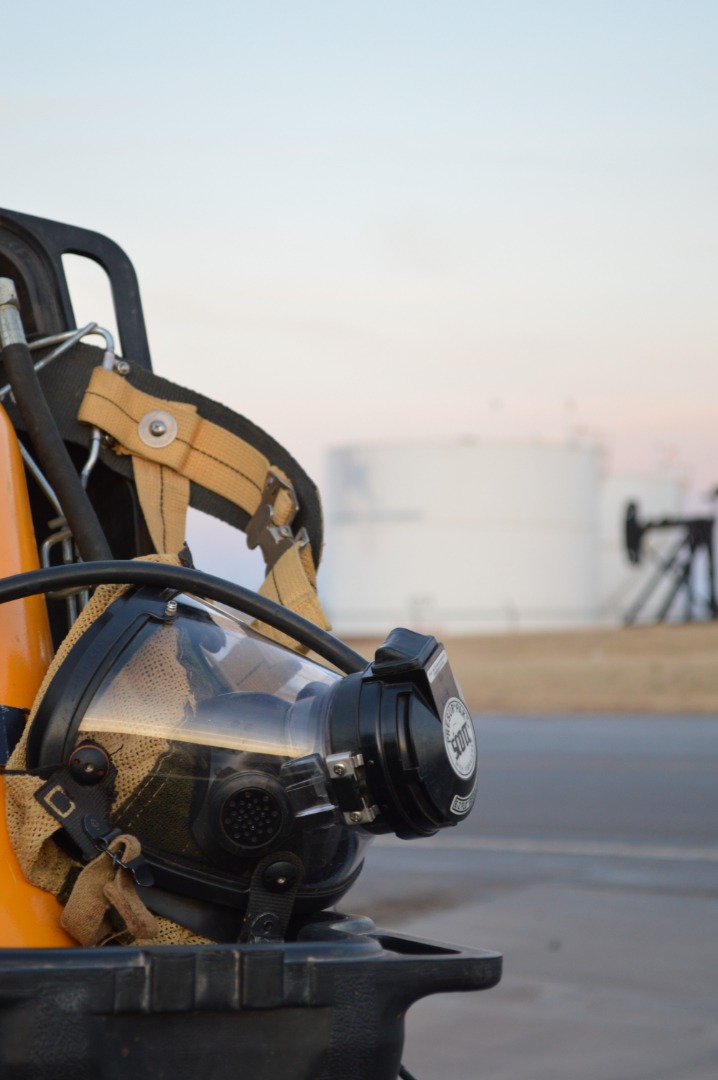 Integrity’s Director of Operations, Matt Hargett, explains why companies look at safety differently than they used to.

“If your safety [performance] numbers are not a certain level, if they’re not favorable enough, some of your prospective customers or clients won’t even look at you,” Hargett said. “You don’t even get a chance to put in a bid with them or even talk to them.”

That’s become the norm because those hiring companies are themselves measured by the overall safety performance in their own operations. If a subcontractor has a poor safety rating, that safety rating is factored into the hiring company’s rating, and can drag it down, thus burdening that company. Or lift it up, if the subcontractor has a sufficiently favorable rating.

Said Hargett: “They’ll just say to you, ‘Well, your number is [for instance] a 1.3 and or limit is 1.0. So you can talk to us at the end of the year, whenever that number [1.3] comes down.’ And in a case like that, it’s no-questions-asked. Our number is good enough for us to work for all the major oil companies [and the others, besides]. We’re good enough that we work for Exxon-Mobil, for that matter.” (Exxon-Mobil is the largest oil and gas producer in the United States.)

Getting a good safety record at Integrity has been a concentrated effort.

Integrity CEO Kelly Connally sought the best help he could find when he acted to fill the role of safety manager for the company. He brought in someone he knew, a former co-worker of his. Kit Payne, a safety professional with high credentials and excellent references, was brought in to head up this department. Said Kelly: “Kit has done phenomenal things for us. Anything involving safety—he gets on it really quick.”

Safety Starts at the Hiring Process

Asked what he would like for people to know about the safety culture at Integrity Wireline, Payne didn’t hesitate. “I want them to know that our safety starts at the hiring process,” he said. “We take on employees employees based not just on their personality and their longevity and stability, but on their safety record. We hire employees that we want to have here for the long term. We’re not looking for temps, not looking for part-timers. We want guys who are committed to us and who are trainable. And once we get them, we send them through orientation. Our guys don’t learn how to do wireline while they’re doing wireline. We do orientation, and it’s more than a safety orientation. We tell them what the job is going to be, what they’re expected to do, and how they can achieve what is expected of them. There is no greater place to work in the world than a place where you can show up every day and know you’re where you need to be, and know what you’re supposed to do when you get there.”

Payne discussed various aspects of his job recently in an interview at Integrity Wireline’s Abilene headquarters. We share a portion of that conversation below. 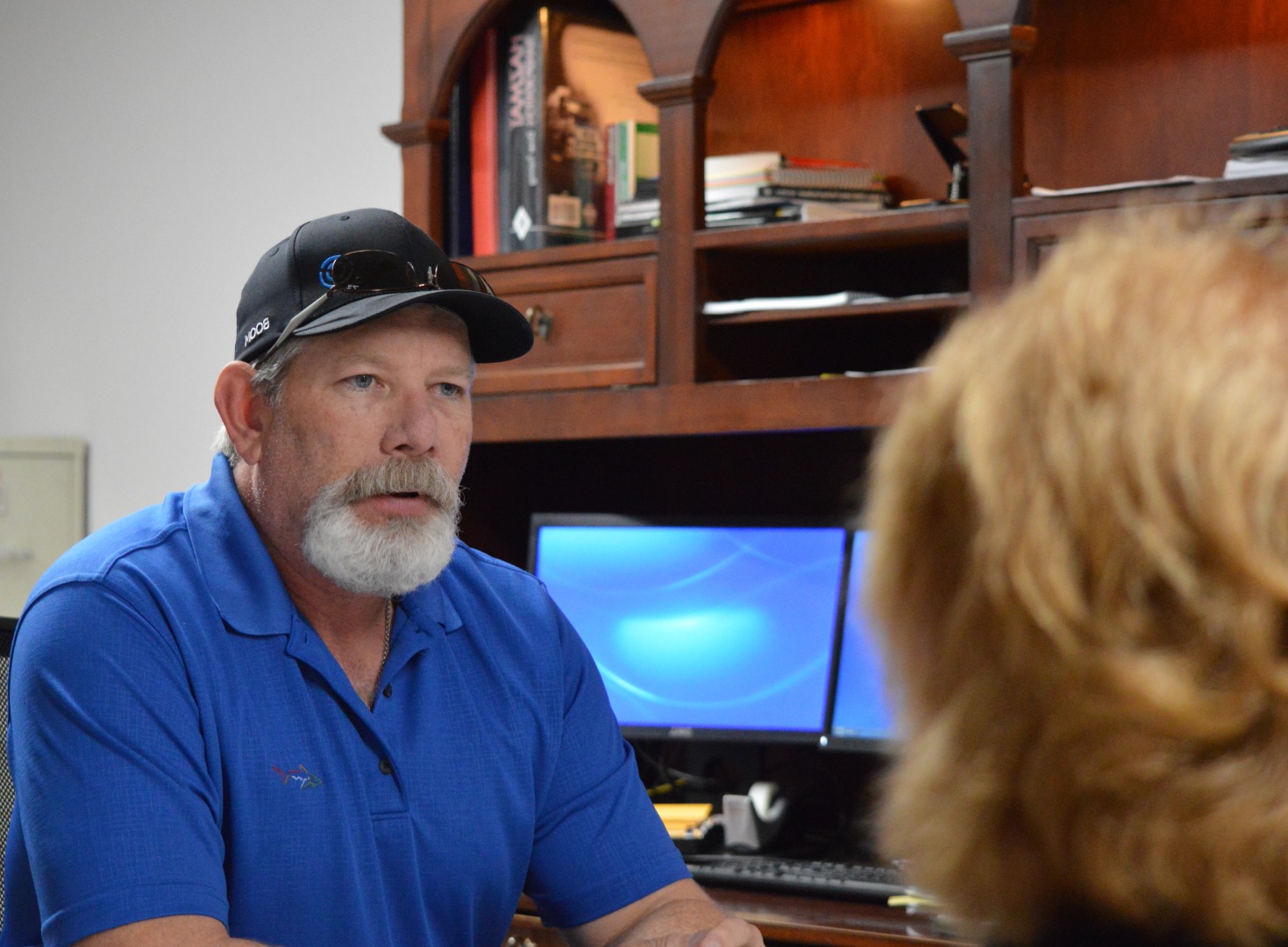 A Q&A with Kit Payne

How does a typical day begin for you?

Payne: Starting off the day, I go into the office and make sure that our Rig Up, our ISNetworld, and our PEC accounts are up to date, and that all of our training’s up to date. I have a calendar system—an Excel spreadsheet I came up with—that keeps up with our employees. I’ll print that out and go through it. It tells me, for instance, when I last had a medical examination done on a guy. You know, having them seen for their DOT [Department of Transportation] physical. Or for their annual review, or their HazMat [Hazardous Materials certification], their crane training, their forklift training. The spreadsheet is not much more than a calendar, but, with 92 employees, it’s hard to remember the last time you did, say, a forklift training with someone. So by doing this, by going into the spreadsheet and highlighting it in red, noting that this month is the month when this employee needs this training, and so on, it helps to organize the training sessions. Because otherwise, you’re going to be training one guy at a time. Or two guys. It’s always better to get a classroom full of guys—to get them together and go in there and interact with them. The questions are better, the interactions are better, and the actual learning environment is better, too. They keep each other in check, and keep each other accountable.

Integrity’s teams work across a big region. Does that pose challenges?

Payne: Yes. When you get into West Texas, the biggest worry is oilfield traffic going up and down the road. Midland, Texas, is terrible with that. My guys have to drive a certain amount of miles a day. Well, I’ve got to have them in good equipment. I’ve got to have them in safe equipment. Our name’s written all over the side of that truck. So our reputation is with our employees and that’s where it starts.

What makes an incident “recordable”?

Payne: Anything beyond first aid is considered recordable. You can go get an X-ray, you can go get an MRI or something like that. Just to diagnose—that doesn’t make it a recordable incident. So on that scale, we’re sitting good. I mean there’s always room for improvement. Everybody’s shooting for zero, of course.

Are you rated on some kind of scale?

Payne: Like everybody else, our performance is compared to a national average [of accidents on the job]. That average fluctuates, year to year, based on how many accidents were reported nationwide. And then your own safety performance is weighed against that national average, to determine where you stand. Right now, the national average stands at about a 1.7. That’s what’s known as a Total Recordable Incident Rate [TRIR]. It is a calculation of the number of recordable OSHA incidents per 100 full-time workers during a one-year period. The lower the number, the better a company’s safety performance. Here at Integrity, we are sitting on a TRIR of .98, which is good. We had one recordable accident in 2019, early in the year. In 2018, we had zero recordable incidents. But even at .98, our number is good enough that we can get work with anybody. You need to have a TRIR that is better than the national average if you want to work for the Devons, the Apaches, the EOGs, and other big operators. Each one might have a slightly different benchmark, but they all want as good as they can get.

What does this mean for the companies that Integrity Wireline serves?

Payne: One thing that I say, when I’m out talking to clients or customers, is that we understand that we represent them. Integrity Wireline is its own entity, yes. But we’re working for that client, that company. And we know that when we do good, they look good. There’s a principle in the working world: if you want to succeed at work, make your supervisor look good. So we, as a company, do that for our clients. We give them the best service and the best safety quality out there.

How would you describe the safety process here?

Payne: We give our employees safest tools, the safest equipment, and the safest training in the oilfield. I will compare our safety standards to anybody’s. I came from a corporation where safety was the job—it wasn’t just an added chore—and I brought that emphasis here. There’s no reason why a small business cannot have the same culture as a huge corporation. As a matter of fact, we pride ourselves on the relationships we have with our employees. We have more individual, personal relationships. So, that’s one thing: our safety, we take that first. That’s the first thing we discuss in a company meeting on a Monday morning. Safety.