A key advantage offered by Integrity Wireline in its pumpdown stage work is the use of addressable gun systems.

The word “addressable” is used here to indicate how perforating guns can be fired. If several guns are connected together into a gun string, the engineer has the ability to fire each gun separately, independent of the other guns, if he so wishes. That wasn’t true of the old system that predated addressable guns. The old system (still in use by some wireline companies) of E.B. pressure switches is more limited. 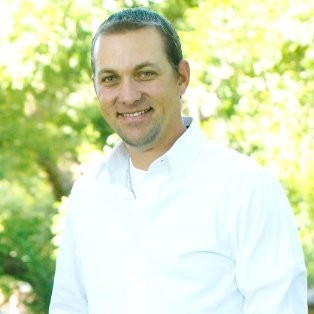 In that system (the E.B. pressure switch system), if the engineer fires his first gun, that denotation arms the second gun, and the engineer must fire that gun in sequence—he cannot fire any gun out of sequence. He can only fire the next gun in the string. And if, say, any particular gun in the sequence does not fire, then the next one in the sequence will not fire either, because its firing mechanism was not armed by the previous detonation. (The term “pressure switch” refers to the fact that the explosion creates a pressure shock wave that activates the next switch.)

Integrity’s director of operations, Matt Hargett, explains it this way: “If you’re using pressure switches and just one gun does not fire in a gun string, the wireline team must come out of the hole and correct the issue before resuming operations.”

But things are different with addressable switch wireline gun systems. And that’s why Integrity Wireline favors them, Hargett said.

“With addressable systems, when you go downhole, you can ‘address’ what gun is being shot, and to where,” he said. “For EOG Resources, we might run 20 guns in a string. So if we go downhole with that gun string and we set the plug and we come up and we shoot eight guns and then something happens with the ninth gun and it doesn’t fire, we can just skip it and address that next gun and keep shooting the rest of the gun string. And come out of the hole. And more than likely, they [the frac crew] are going to just keep on frac’ing. [In other words, the frac crew likely does not find it necessary to request another perforating run—they simply proceed with the scheduled frac]. If they do, there’s no downtime.”

Another benefit of addressable switch perforating is the fact that the engineer can verify the integrity of the gun string while in the process of making the trip downhole.

Says Hargett: “You can check it on the panel [on the console in the wireline truck] at, say, 5,000 feet. You can run a ‘gun check’ and the system will check all the detonators. All the switches. It will check the entire gun string. So if something happened in that first 5,000 feet [of descent] and you have to come out, you’ve not pumped down all the way to, say, 20,000 feet before realizing you have a problem. You catch it at 5,000 feet, come out, fix it, and go right back down. There’s far less lost time.”

Finally, there is the advantage that comes from being “radio frequency safe.” An addressable system can’t be detonated by stray radio waves that are being transmitted by equipment—and there’s plenty of it—on the site of a well completion. As Hargett remarks, “In saying it’s ‘RF safe,’ they [the product’s makers] are saying you can wire up a gun on site while they’re in the process of frac’ing and the radios won’t affect the gun. They claim that lightning can strike that gun string and it’s not going to go off.” With a smile, he adds: “I’m not going to be the Guinea pig.”